<?xml version="1.0" encoding="utf-8"?>
<?xml version="1.0" encoding="utf-8"?>
This online shop is using cookies to give you the best shopping experience. Thereby for example the session information or language setting are stored on your computer. Without cookies the range of the online shop's functionality is limited. If you don't agree, please click here.

The choice of tools follows the principle

It's working and it's simple as possible.

Over the years, a lot of experience and best practices have emerged that we use together of a tool stack. All applications and services used run on Windows, Mac and Linux, so that our developers have the free choice of the system.

FATCHIP programmed in PHP and MySQL, HTML, CSS and Javascript. We usually use SASS and LESS, Grunt and NPM and deploy on Linux distributions with Apache or NGINX web server.

Every FATCHIP employee is confidante with this tool stack.

Every project managed by FATCHIP should use this tool stack in order to be supported optimally and uniformly.

Our PHP projects are versioned in Github so that several developers can work on the project in parallel and changes and versions remain traceable. For every change in the code Github saves the author, the time and the exact change. In addition, there is a comment from the developer for each change, which explains the change or relates it to a ticket number.

Projects ("repositories") can be public, so that everyone can view the code and suggest changes, or private, so that only an invited group of users has access to the code. All software projects we are working on should preferably be managed in Github .

Our development environment for PHP, HTML or Javascript

The application of Jetbrains has an excellent code completion and syntax check for PHP, HTML, Smarty, SQL and Javascript. LESS and SASS builds are supported as well as PHP Unit. The deep integration with Github enables the seamless creation of branches, pull requests or reverts directly without software changes. Additional functions can be expanded using a plugin. 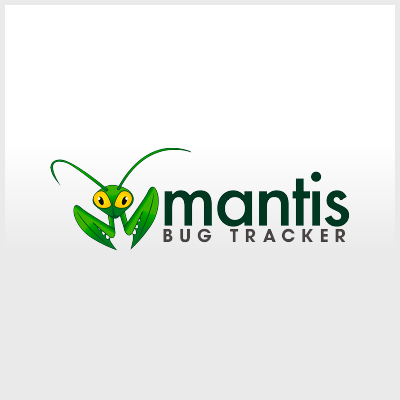 The ticket system used by FATCHIP

The ticket system is the central task management software for all projects at FATCHIP. Each task is a ticket that follows a predefined workflow from specification to acceptance. The ticket system is deeply integrated into our system landscape such as time recording, monitoring and testing.

No, we do not use Jira. We use Mantis because it is PHP and MYSQL based, open source, self-hosted and any modifications to it are a technology home game for us.

Our web interface for cron jobs

Rundeck offers a convenient web interface for centrally defining single or multi-level cron jobs via various servers and executing them automatically. It also offers the option of triggering scripts or workflows manually via a web interface.

Every execution of a job is logged and Rundeck alerts the stored distribution list by email if the execution fails.

Our web interface for controlling deployments from Github Repositories

In addition to exporting files to one or more servers, DeployHQ can perform builds, trade configurations for different environments and perform reverts.

Any github branches and revisions can be deployed to each environment (stage, live, playground), either triggered manually or automated e.g. when pushing into a defined github branch.

Our content delivery network (CDN) and for controlling DNS entries

The Cloudflare network consists of many servers located around the world that hold copies of the website's images and files. When the page is called up, the data is delivered by the user to the server closest to the server - this saves loading time remarkably. Your own web server is also relieved.

The tool for monitoring our online projects, developed by FATCHIP

In the event of a problem, the defined distributor is informed via email or SMS, and various severity levels of errors can be configured. A convenient web interface is used to set up tests and track past errors.

Cypress is something like the successor to Selenium. The software simulates a browser and automatically performs clicks, form entries or checks on existing page parts.

Tests are written once in a simple, JavaScript-like syntax and can then be run as often as you like. On the local host, the stage server or the production system. If an error occurs, the test stops with an error description. Runs on Windows, Mac and Linux.

The online shops, websites and modules we look after are subject to high quality standards. Despite all the automation, some tests have to be carried out manually.

With FatTest we describe project-by-project test case for test case, which a tester can then conscientiously execute. At the end of each test run, a detailed test report is created as a PDF.

Tideways is installed on the web server and then each time a page is viewed, it analyzes which functions in the PHP code and which database queries have been called up how often and which have used how much computing time. The result is clearly presented in a web interface.

With Tideways , bottlenecks and weaknesses in the code can be identified, which can then be optimized. This gives the website the performance kick it needs to make users happy!

Our software for reliably setting up development environments

docker If you know what you are doing, you also know what docker is doing.

docker simplifies and speeds up workflows and gives our developers the opportunity to set up different server requirements for different shop projects and modules. This means that you can work and test innovatively for every project.

we prefer to host PHP / MySQL based projects on servers of: